Capture One is today considered the professionals’ choice in image editing software. With native support for more than 500 camera models, it offers fast and powerful RAW conversion, image editing and asset management. Fujifilm has a distinguished history of engineering innovative color reproduction in its range of cameras. Thus, the collaboration between Fujifilm and Phase One is a natural development – based upon shared values such as the commitment to color fidelity to achieve the highest image quality.

“Phase One has designed Capture One both to inspire photographers and to ensure the best workflow and user experience,” said Jan Hyldebrandt-Larsen, VP Software Business at Phase One. “We are proud to be working to share with Fujifilm shooters the opportunity to benefit from Capture One’s highly responsive processing engine, unmatched color handling, precision-editing tools, and seamless tethered support.”

“Film Simulations” – one of the key features of the newest X/GFX camera – represent the color and tonality of various photographic films in a digital capture. Currently the camera has 16 modes available that suit various scenes and subjects. For example, “Provia”, ”Velvia” and ”Astia” reproduce iconic Fujifilm color reversal films; “Classic Chrome” conveys the iconic look and feel of Photographic Magazines from the 1950’s; “PRO Neg.Std” and ”PRO Neg.Hi” reproduce Professional Negative Film used in Portrait Studios; and Black and White “ACROS” reproduces smooth tonality, with a higher D-Max and rich texture.

Basic RAW file conversion and tethered support is available today for cameras listed below. For a complete list of features and functionality, please see today’s announcement at phaseone.com/fujifilm.

Capture One RAW file support is available now for the following cameras:

Capture One Pro *basic tethered support is available now for the following cameras.

*Full tethered support, including live view, will be provided in a future Capture One Pro release.

Capture One Express Fujifilm is free for all Fujifilm camera owners

Capture One Pro Fujifilm is priced at $159 for 12 months pre-paid; $16/month for monthly subscription; and $23/month for a three-month subscription.

Established in 1993, Phase One has pioneered the field of digital camera systems and imaging software, including multiple breakthroughs – from the world’s first 100MP camera systems to advanced imaging workflows in the award-winning Capture One software.

By controlling all aspects of the medium format camera system supply chain, Phase One is uniquely positioned to help photographers and imaging experts everywhere stand out from the competition and realize their creative visions without compromise.

Based in Copenhagen, Denmark, and with offices in New York, Tokyo, Cologne,Shanghai and Tel Aviv, Phase One is committed to delivering an unmatched level of service and support to every customer through their expert team of global partners.

Prior to publication, it must be approved by Capture One. 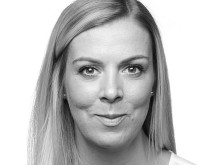